Allegations of Fraud Can Be Death Knell for Safety Net Providers

The suspension of Medicaid payments to fifteen behavioral health providers by New Mexico’s Medicaid agency in 2013 – and subsequent closing of all but two of those organizations– is a harrowing tale for any Medicaid provider. Because suspending Medicaid payments shuts off the principal source of revenue for safety net providers, it effectively puts them out of business.

Tucked away in Section 6402(h)(2) of the Affordable Care Act is an easily-overlooked provision that “prevents state Medicaid programs, absent good cause, from receiving federal financial support in cases where they fail to suspend Medicaid payments to a provider for which there is a pending investigation of a credible allegation of fraud.”

The provision lowered the legal standard for determining when a state would lose federal matching payments if it failed to suspend Medicaid payments (absent good cause). Previously the standard had been “reliable evidence” of fraud. After the ACA, the standard was merely “credible allegation” of fraud. That makes it far easier for a Medicaid agency to suspend payments to providers irrespective of the facts.

And that can lead to abuses if an agency wishes to retaliate against a provider that successfully litigated legitimate grievances or coerce a provider to do something it doesn’t want to do. Even if the Attorney General later clears your organization of fraud —as New Mexico’s has for the behavioral providers whose allegations have been reviewed—it comes too late, as the damage has been done. In New Mexico, the suspended providers were replaced by out of state contractors.

So what’s a safety net provider to do? Here are some ideas to consider:

• Ensure state regulations or policies build in “due process” protections prior to any suspension of Medicaid payment.
• Review your organization’s corporate compliance program and ensure that its annual work plan includes conducting regular billing and coding audits.
• Diversify your organization’s payor mix so that it will have other sources of revenue in the event of a Medicaid payment suspension.

Adam Falcone directs the Firm’s Health Care Compliance practice. He can be reached at afalcone@ftlf.com. 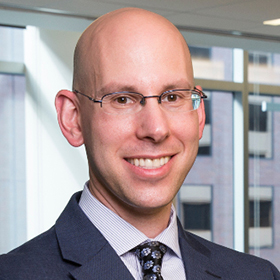