Depending on a number of factors, getting divorced can be expensive.  Understandably, many divorcing parties want to save on these expenses whenever possible.

Because our society has come to rely on the internet for a vast array of information, some divorcing parties are hopeful that a sample agreement that they have located on the web can be used to set out their comprehensive agreement as to the issues in divorce, including both child-related and financial matters.  Divorce attorneys commonly call such an agreement a Marital Settlement Agreement or a Property Settlement Agreement.

Although the inclination to use an agreement from the internet is understandable, the result can be disastrous.  A Marital Settlement Agreement, once properly executed by the parties, is a binding contract, and the parties must live within its terms unless it is modified by a court or by mutual agreement.  Ambiguities in such a contract can be difficult to resolve later on when events cause a dispute about the Agreement’s terms and both parties become dug in with regard to their interpretation.  And outright mistakes in the document will likely be even harder to resolve.  The last thing divorcing parties want is to later end up in court, each asking the court to interpret the contract in the way that he or she understood the meaning of specific terms in their Agreement.

The provisions of your binding Marital Settlement Agreement will control important aspects of your own and your children’s lives for years to come.  This is one of the most important documents you will sign in your life.   Given that, it should be clear, tailored to the unique facts and circumstances of your family, and well-crafted to avoid future misunderstandings and problems.

There are other, less risky, ways to keep the costs of divorce down, such as using a therapist to work through the emotional difficulties that inevitably accompany the divorce process, or prioritizing issues rather than giving each equal importance.

To learn more about what should be included in a settlement agreement and how you can make the divorce process as efficient as possible, schedule an initial meeting with an experienced family law attorney in your jurisdiction. 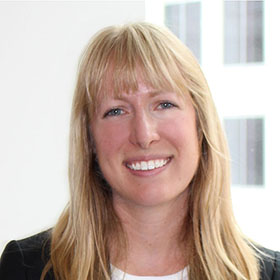