On June 25, 2022, President Biden signed into law the Bipartisan Safer Communities Act, Pub. L. No. 117-159. In addition to adding new gun control requirements, including measures relating to background checks for firearms licensing and heightened restrictions on the sale of firearms to individuals under age 21, the law, in Division A, Title I, also includes new investments in mental health services in the Medicaid program – most notably, as detailed below, the required expansion of the certified community behavioral health clinic (CCBHC) demonstration program.

Most of the Medicaid reforms in the legislation, while welcome, do not achieve dramatic changes in current policy. For example, in Section 11002, the law broadly requires the Centers for Medicare & Medicaid Services (CMS) to issue guidance and provide technical assistance to States on improving access to telehealth for services covered under Medicaid and the Children’s Health Insurance Program (CHIP). In Section 11003, the law requires CMS to issue guidance to Medicaid agencies, local education agencies, and school-based entities to support the delivery of Medicaid and CHIP services in school-based settings, requiring, in particular, that CMS update guidance issued in 1997 and 2003 relating to the so-called “free care rule.” The 1997 and 2003 guidance, suggesting concerns about States paying under Medicaid for school-based services for which individuals or commercial payors would not be billed by the local education agency, has functioned to deter some States and local governments from implementing or expanding school-based Medicaid services. While CMS issued guidance in 2014 effectively rescinding the “free care rule,” the law requires CMS to update the original guidance manuals that contained the restriction, and also to provide new technical assistance to States and local education agencies to help simplify billing and administrative requirements and encourage the provision of school-based Medicaid services, particularly in rural areas. Collectively, these reforms, if implemented zealously by CMS, may benefit outpatient safety-net providers and the underserved communities they support, by expanding opportunities to extend behavioral health services in Medicaid through telehealth and to provide more comprehensive school-based care.

By far the most concrete Medicaid reform contained in the law, however, is the provision authorizing the expansion of the CCBHC demonstration program in Medicaid. The CCBHC demonstration, first authorized in the Protecting Access to Medicare Act of 2014 (“PAMA 2014”), provides for a time-limited opportunity for States to cover a bundled comprehensive Medicaid outpatient behavioral health benefit (“CCBHC services”), furnished by State-certified CCBHCs, and paid for under a prospective payment system (“PPS”). In addition to furnishing wide-ranging services, CCBHCs operating under the demonstration are required to serve all consumers regardless of their ability to pay and to offer a sliding fee discount schedule for low-income individuals. CCBHCs are also required to engage in care coordination arrangements with a variety of other providers and social service agencies in their communities. Enhanced federal participation is available for the duration of the demonstration. PAMA 2014 provided for CMS to issue planning grants and required CMS to select 8 States from among the planning grant States, to carry out two-year CCBHC demonstrations beginning in 2017. Subsequent enactments have extended the timeframe for the CCBHC demonstrations and authorized CMS to select two additional States.

Section 11001 of the Bipartisan Safe Communities Act includes a dramatic expansion of the CCBHC demonstration program. It requires CMS to award new planning grants to States to develop proposals so that beginning on July 1, 2024, up to ten (10) additional States may be selected to operate a CCBHC demonstration program. Every two years thereafter, up to ten additional States could again be selected, such that (if every State chose to participate and submitted compliant applications) each U.S. State could have an opportunity to participate in a CCBHC demonstration by the year 2030. Each demonstration program under the new legislation would have a duration of four years. Both States that receive a new planning grant as authorized by this legislation, and States that have already received planning grants under the authority of PAMA 2014, would be eligible to participate in this tiered expansion of the program.

Additionally, the law contains a “rule of construction” making clear that States whose time-limited CCBHC demonstration programs have expired, may nonetheless continue to cover items and services that were included in the CCBHC bundle, using a PPS methodology, under the authority of the State plan.

The expansion of the CCBHC demonstration program through the Bipartisan Safer Communities Act represents a promising opportunity for nationwide implementation of a comprehensive outpatient behavioral health safety net. The growing presence of CCBHCs in communities around the country will provide not only a critically needed behavioral health resource for consumers, but also an important new collaboration and care coordination partner for primary care providers and social service agencies. 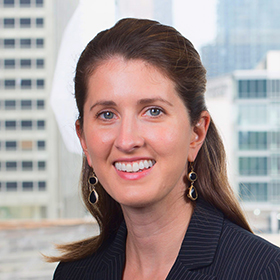