Can I Afford to Divorce My Spouse?

Fear is a predominant emotion for many people contemplating a divorce.  For the spouse who has stayed at home full time or was only marginally employed during marriage, that fear is understandably focused on financial security.  Specifically, many economically-dependent spouses may hesitate to even consider getting divorced because of the concern that losing access to marital income will result in financial hardship both for themselves and their children.

A critical first step for an anxious economically-dependent spouse is to schedule an informational consultation with an experienced divorce attorney.  At this meeting, the attorney will gather enough facts about the potential client’s overall financial and other circumstances to be able to provide advice about his or her basic legal rights under relevant state law with respect to financial matters – primarily through the legal remedies of child support, alimony, and the division of marital property.

Child support, as the name implies, is financial support paid by the economically-superior spouse to meet the needs of a couple’s minor children.  Alimony is a form of financial relief which provides support to an economically-dependent spouse.  Such support can be short term – until the spouse can obtain employment, improve career prospects or become self-supporting – or long term until a terminating event occurs such as death or remarriage.  The division of marital property relates to allocating assets that either or both of the spouses accumulated during the marriage (other than third party gifts or inheritance) such as real estate, business interests, retirement interests and investments.

At this initial meeting, the divorce attorney can also provide information about federal entitlements that do not require a court order or the agreement of the other spouse.  One such example is federal social security benefits.  Generally a marital partner who has been married for at least ten years when he or she reaches the age of retirement specified by the Social Security Administration will be entitled to receive Social Security benefits based on the spouse’s employment history.  Such benefits may be much more significant than benefits based on his or her own employment history.

Another important, yet oftentimes overlooked, step is for the dependent spouse to get educated about options other than litigation and those provided by the law, since the law is only one reference point that can be relied upon in the divorce process.  In non-litigation processes — such as negotiation, mediation and Collaborative Practice, which are increasingly utilized,  – each party’s interests for themselves, their children and their future relationships are key reference points that often influence the final outcome.

For example, when Lori (not her real name), was reaching a divorce settlement using the Collaborative process, her husband’s interests included protecting his personal and financial privacy as well as wanting his children to know that he had taken care of their mother financially.  Lori’s interests involved ensuring her financial security and support during three time periods:  (1) while she went back to school to get an advanced degree and found employment, (2) once she returned to the workforce, and (3) when she retired.  A focus on interests rather than only the law opened up new, mutually beneficial settlement possibilities for Lori and her husband.

So if you are a spouse who is anxious about the financial consequences of pursing a divorce, start by getting concrete information about the law and different process choices which can help you to assess your options for the future, rather than remaining paralyzed by fear. 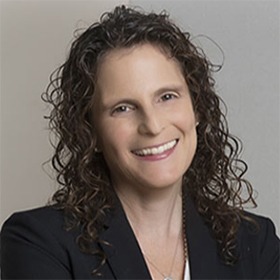