“Without money, size, maturity or the right to vote, children are at the mercy of [the] American legal system . . . .”
-Wendy Murphy

Custody issues are among the most complex and difficult matters that divorce courts are called upon to decide.  The overarching standard for custody decisions in the District of Columbia, Maryland and Virginia is the same – what is in the “best interests” of the child.  And one of the factors the D.C. statute requires the court to consider in determining those best interests is “the wishes of the child as to his or her custodian, where practicable.”

The testimony of the parents and other fact witnesses, the involvement of custody evaluators and other experts, information from teachers, child care providers, and school records, as well as the judgment of the particular judge hearing the case are all important determinants in the ultimate custody decision.

Yet providing the court with the information to determine the wishes of the child is made difficult by the Rules of Evidence which preclude introduction of “hearsay” testimony.  In general, the exclusion of hearsay testimony would preclude either parent from introducing a child’s words or statements into evidence.

This DC decision, although limited to litigated custody cases, also has implications for custody issues that are being resolved through one of the settlement processes (negotiation, mediation or Collaborative Practice.)  In any of these process choices, the parties can bring the child’s voice into the room through what is often called a child specialist.  The child specialist is typically a mental health professional who has a dual expertise in working with children and in working with divorcing parents.  The child specialist may have several sessions with the child (often utilizing play or other indirect means of understanding the child’s experience and needs) and then can provide guidance to the parents and other professionals seeking to craft a custody arrangement that is in the child’s best interests.

It is axiomatic that not involving a child directly in the parents’ divorce is best for the child, but “hearing the child’s voice” is a different matter altogether. 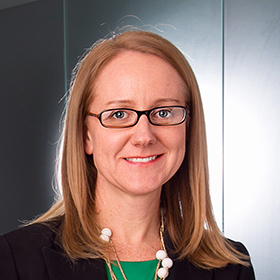