The Evolution Of Custody Law In Virginia And Across The U.S.

The American legal framework regarding the custody of children when their parents divorce has undergone tremendous change since the years when the “tender years’ doctrine” and the “maternal preference” favored the mother if parents could not agree on how to resolve custody issues.  In addition, in the past, custody was generally viewed as a unitary right, to be awarded to one parent or the other.

In addition, the courts have increasingly relied on information from the social sciences in determining what custody arrangements are in the best interests of the child.  In general, research shows that children derive great benefit from what both fathers and mothers bring to the parenting role.  Further, children who live a significant part of the time with both of their parents excel academically and socially when compared to children who live with one parent and visit the other.

These trends have resulted in greater numbers of what are called “joint custody” arrangements, where the divorced parents make joint decisions and share time with their children.

Virginia has followed this general trend by amending its custody laws, specifically by amending Va. Code §16.1-278.15 and 20-124.2.  Whereas the statute previously used the term “visitation” for the time the child spends with the less-present parent, it has now been amended to promote the use of the term “parenting time” so that the term is synonymous with the term “visitation.”  This change honors the quality of the time that the child spends with each parent as well as the relationship that the child has with each parent.

Virginia has therefore put itself “in step” with the trend across the United States in valuing what both parents bring to the parenting relationship.

Of course, each family is unique and children’s needs differ.  And custody arrangements (often called parenting plans today) should be tailored to fit each particular situation.  But the trend both in court decisions and in private settlements is for both parents to play very significant roles in the parenting of their children. 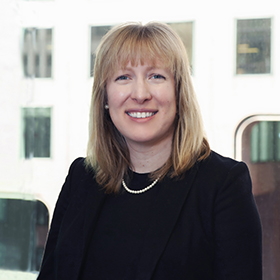