So often, parties to a divorce are in different places and are moving forward (or not) at different speeds.  One of the most frequent questions I receive from a client is: “How do I get my spouse moving?”

For example, a client I’ll call Sara had been in a difficult relationship for many years.  She realized that she wanted and needed a divorce, but her husband was utterly “stuck.”  He was unemployed, he didn’t feel comfortable moving out of the family home, and he did not want the marriage to end.

Henry, by contrast, was in a very short-term marriage.  Unlike Sara, he and his wife had no children and his wife struggled with substance abuse issues.  Henry had come to terms with the fact that he couldn’t solve his wife’s problems, and, despite caring very deeply about his wife, he was not prepared to have children with her because of her substance abuse problems.

So what options do Sara and Henry have?

Sara:  Because Sara is the economically-viable spouse, she has the financial ability to help secure alternate housing for her husband.  She also has the ability to fund professional resources to assist the whole family through the divorce process.  And she has the determination and persistence to develop and follow through on a plan.

Henry:  Henry’s goals were to effectuate a separation as promptly as possible, to be able to move on with his life – particularly with respect to becoming a father, and to end the marriage in a positive fashion.

Recognizing that he could not help his wife overcome her alcoholism, he nonetheless helped her get into a residential treatment program.  He also moved out of their joint residence to neutralize any control issues that might be in play.  Ironically, Henry’s ending of the marriage gave his wife the clarity and determination to address her addiction issues.

Ultimately, both Sara and Henry were able, through the attorneys, to negotiate comprehensive settlements that addressed the needs of all family members and positioned them well for the future. 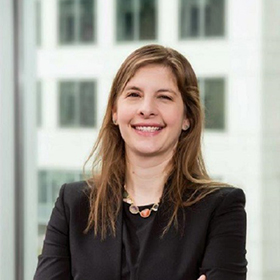