What Kind of Relationship Do You Want with Your Ex-Spouse?

By Alice Newhall AhearnPublished On: November 14, 2020

Because there are so many painful feelings that are integral to the process of getting a divorce – anger, shame, and grief to name a few – it can be a challenge to focus on the fact that one day, the divorce will be over and you will care deeply about what kind of relationship you have with your now ex-spouse.  This situation is even more likely to be the case if you have children together.

In Catherine’s case, she and her husband were the parents of two teenage sons.  She was deeply hurt when she learned that her husband was having an affair, and even more hurt when he moved out and began living with his girlfriend.  But despite her feelings of pain and humiliation, Catherine knew that their marriage had been in trouble for a long time, long before the new woman came into the picture.  She concluded that she needed to focus on her sons’ needs rather than her own anger.  She was aware that her sons liked the new woman in their father’s life and that she was likely to have a significant role in their lives for many years to come.  Catherine came to the decision that she should endeavor to only speak positively to her sons both about their father and their soon-to-be stepmother.

Sarah was similarly concerned about the happiness of her 13-year old daughter.  Sarah was the higher wage earner and the more stable partner in her marriage.  Her husband had a sporadic employment record and was generally financially irresponsible.  Outside of his monetary issues, he was a committed and involved father.  Despite her disappointment with her husband, Sarah was able to put her priorities into clear focus.  She didn’t want her daughter to feel torn between her parents, and she wanted her husband to feel that he had been treated fairly financially in the divorce.  During the negotiation process, Sarah remained clear that the dollars at stake were only of fleeting importance, whereas her daughter having a good relationship with both parents would be the underpinning of her long-term emotional health and resilience.

So what words of advice would I offer to a parent going through a divorce who wants emotionally healthy kids and amicable post-divorce relationships?

First, honor your spouse’s relationship with your children.  Your kids gain many unique and valuable things from each of you.  Your spouse likely has a very different style of parenting, different things he or she enjoys doing with your kids, different knowledge and life experiences to share, different routines, and different strengths.  Build tolerance and flexibility into your parenting practices so that your children do not have to choose between their parents, but rather are able to benefit from what each of you have to offer.

Second, be clear about the boundaries established by a marital separation.  Except in the rare situations of abuse or neglect, it will be essential for you to let go of monitoring what happens in the other household.  Setting an hour for bedtime, deciding when and how homework gets done, putting healthy meals on the table – all are the unique responsibility of each parent in their own home.  Kids adapt amazingly easily to different routines and expectations in their respective parents’ homes, and can flourish despite significant differences or potentially even as a result of, significant differences in parenting styles.

Lastly, be clear that post-divorce parenting is a two-way street.  If you are flexible when your ex-husband asks for a modification of the schedule, he’ll likely be generous when you ask for one yourself.  When your child sprains an ankle at your ex-wife’s house, give her the benefit of the doubt and be hesitant to assign blame, knowing that it could just as easily happened at your home.  And trusting that when your child skins a knee at your home, your ex-spouse will similarly reserve judgment.

Whenever the going gets tough, picture in your mind’s eye the prize – the ability to applaud side-by-side when your daughter graduates from college and to stand next to each other in the receiving line at your son’s wedding. 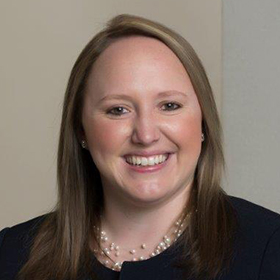