Winter is coming.  No, it’s not the motto of House Stark of Westeros, it’s Jane Winter—a former hospital Care Management Director turned whistleblower—and her qui tam action, plowing new ground on the falsity of clinical judgments in the Ninth Circuit.

The Ninth Circuit is the latest to weigh in on whether, and under what circumstances, a clinical judgment can be false under the FCA.  Winter adds to a growing body of law on the subject, including a clear circuit split.

The Eleventh Circuit’s September 2019 AseraCare decision sent shivers through the relator’s bar and the government as it held that a reasonable dispute among experts regarding the accuracy of a clinician’s judgment on patient eligibility for hospice care was insufficient to support the conclusion that hospice certifications were “false” under the FCA.

Such a disagreement does not, according to the Eleventh Circuit, establish an “objective falsehood.”  Rather, the relator and/or government must “identify facts and circumstances surrounding the patient’s certification that are inconsistent with the proper exercise of a physician’s clinical judgment.”  According to the Eleventh Circuit, this may be accomplished by establishing that the physician failed to review the patient’s file before signing the certification, providing proof that the physician didn’t actually believe his or her certification, or offering evidence that “proves that no reasonable physician” could have reached the same conclusion.  In practice, this would be a very challenging standard to meet.  Establishing the falsity of clinical judgment on a claim-by-claim basis without the benefit of expert testimony is an uphill climb, to say the least.  Following the Eleventh Circuit’s decision, the AseraCare case was settled for $1 million, far less than the $200 million once sought by the government in the case.

Earlier this month, the Third Circuit issued a decision in United States ex rel. Druding v. Care Alternatives, No. 18-3298, 2020 BL 80203 (3d Cir. Mar. 4, 2020), that flatly rejected the Eleventh Circuit’s AseraCare decision.  Facing a similar factual scenario (clinical judgments about patient eligibility for hospice care), the Third Circuit held that “a hospice-care provider’s claim for reimbursement can be considered ‘false’ under the FCA on the basis of medical-expert testimony that opines that accompanying patient certifications did not support patients’ prognoses of terminal illness.”  The Third Circuit viewed AseraCare’s rationale as improperly conflating the elements of falsity and scienter.  Falsity, according to the Third Circuit, “simply asks whether the claim submitted to the government as reimbursable was in fact reimbursable, based on the conditions for payment set by the government.”  Evidence of a physician’s honestly held belief in his or her opinion would be appropriately presented on the issue of scienter, not falsity.  Citing  the Supreme Court’s decision in Escobar, the Third Circuit noted that “concerns about fair notice and open-ended liability can be effectively addressed through strict enforcement of the [FCA]’s materiality and scienter requirements.”  As a practical matter, however, considering evidence of the physician’s good faith divorced from the concept of falsity may make it more likely for a jury to weigh this evidence in the aggregate, rather than on a claim-by-claim basis.

On Monday, the United States Court of Appeals for the Ninth Circuit issued its Winter decision, explicitly siding with the Third Circuit’s decision in Care Alternatives, yet concurrently purporting not to reject AseraCare.  Unlike AseraCare and Care Alternatives, which both dealt with clinical judgments as to whether a patient had six months or less to live, thereby qualifying for hospice care—an inherently subjective determination in its own right—in Winter the clinical judgment spoke to whether a patient’s hospitalization was medically necessary.  Although perhaps inherently less subjective than the determination of a patient’s life expectancy, the medical opinions expressed in Winter also rely extensively on a clinician’s expertise and judgment.  Under Medicare Part A, inpatient—as opposed to outpatient—treatment is warranted if the patient is expected to cross “two midnights” in the hospital, or if hospital admission is appropriate in other circumstances that are “supported by the medical record.”  See 42 C.F.R. § 412.3.

The relator in this latest case, Jane Winter, was a registered nurse and Director of Care Management and Emergency Room at the defendant hospital.  Her job included review of hospital admissions to ensure the medical necessity of those admissions, as defined by relevant regulations, agency guidance, and the hospital’s own policy.  Winter alleges that, following defendant RollinsNelson’s (an operator of nursing homes) acquisition of a 50% ownership interest in the management company that oversaw the hospital’s operations, she began to see an unusually high admission rate of patients transported from RollinsNelson’s nursing homes.  Winter’s complaint detailed sixty-five separate patient admissions she alleged were not medically necessary.  She also alleged pressure by management to increase hospital admissions and other circumstantial evidence of scienter.

The district court dismissed Winter’s allegations, finding that a determination of medical necessity is a “subjective medical opinion[] that cannot be proven to be objectively false.”  The Court of Appeals for the Ninth Circuit reversed and rejected the need to prove an “objective falsehood” under the FCA.  The Court found that a subjective opinion may be false if “it implies the existence of facts that do not exist, or if it is not honestly held.”  The text of the FCA, according to the Ninth Circuit, “does not distinguish between ‘objective’ and ‘subjective’ falsity or carve out an exception for clinical judgments and opinions.”

Unlike the Third Circuit in Care Alternatives, the Ninth Circuit did not view its holding as contrary to the Eleventh Circuit’s holding in AseraCare.  First, the Court noted that the Eleventh Circuit “was not asked whether a medical opinion could ever be false or fraudulent, but whether a reasonable disagreement between physicians, without more, was sufficient to prove falsity at summary judgment.”  Thus, AseraCare left open the possibility that additional evidence could render a medical opinion false.  Second, the Ninth Circuit viewed AseraCare’s decision as limited to the context of the hospice-benefit at issue in that case.  The Court stated that the Eleventh Circuit “recognized that its ‘objective falsehood’ requirement did not necessarily apply to a physician’s certification of medical necessity—explicitly distinguishing Polukoff,” a case in which the Tenth Circuit held that a doctor’s judgment about the need for cardiac PFO closure procedures could be false where it contradicted general agreement in the medical community.  Thus, even if AseraCare required an “objective falsehood” for a clinician’s judgment of hospice-benefit eligibility, that did not necessarily apply to  determinations of medical necessity.

Turning to the merits of Winter’s complaint, the Ninth Circuit found that her complaint, which detailed sixty-five separate instances of allegedly medically unnecessary hospital admissions, sufficiently alleged falsity.  The Court further determined that Winter’s complaint adequately alleged materiality, and accordingly reversed the district court’s dismissal.  Notably, the Ninth Circuit reminded the district court on remand that scienter need not be pleaded with particularity, suggesting that it may not require a close nexus between scienter evidence and each individual claim—at least on a motion to dismiss.

This leads to an important practical implication resulting from the decisions in Winter and Care Alternatives: venue.  The nationwide nature of many FCA cases provide relators a chance to forum shop at the time of filing.  And even local fraud schemes involving Medicare, Medicaid, and other public payers give relators a choice of at least two forums—the location in which the fraud occurred and the district of Maryland, where CMS is located—if not more.  Defendants too can attempt to move a case to a more favorable forum, and are more likely to succeed if it is obvious that a relator’s case has little connection to a particular district aside from a desire to escape unfavorable precedent.

Given that falsity must be pleaded with particularly in an FCA action, AseraCare’s rationale makes it more difficult for relators and/or the government to move past the motion to dismiss stage in an FCA case which turns on clinical judgment.  And it may make it less likely that relators will file clinical judgment-based cases within the 11th Circuit if alternative locations for filing exist.  On the other hand, if a fact witness or an expert of the plaintiff is able to allege medically unnecessary claims combined with more general scienter evidence, that may be enough to escape a motion to dismiss in the Third or Ninth Circuits, making the districts within those circuits a much more comfortable home for relators bringing cases based on medical decision making, especially in the hospice context.

While the Ninth Circuit attempted to harmonize its decision with that of the Eleventh Circuit in AseraCare, it is hard to read the two decisions as consistent.  The Ninth Circuit is correct that AseraCare did not foreclose the possibility that a medical judgment could be false, but AseraCare explicitly required more than a competing narrative about the accuracy of that judgment.  In this regard, AseraCare is consistent with Supreme Court precedent regarding the falsity of opinions.  In OmniCare, Inc. v. Laborers Dist. Council Constr. Indus. Pension Fund, 575 U.S. 175 (2015), the Supreme Court held that “[b]ecause a statement of opinion admits the possibility of error, such a statement remains true—and thus not an ‘untrue statement of . . . fact’—even if the opinion turns out to have been wrong.”

The Ninth Circuit’s decision, however, appears to go further as it states that “[c]laims for unnecessary treatment are false claims” and a “scientifically untrue” statement is “false.”  It also states that if an opinion “implies the existence of facts. . . that do not exist” the opinion may be false.

Notwithstanding the Ninth Circuit’s protestations and attempt to harmonize the legal landscape, the Winter decision adds to a growing circuit split concerning an important issue in medical necessity-based FCA cases.  How the government, relators, and defendants will react remains to be seen, as does the manner in which these key Circuit decisions will play out in the lower courts, both within and outside of their respective geographic ambits. 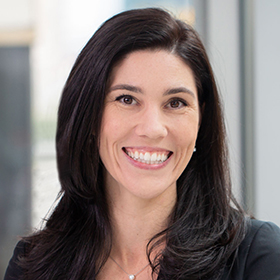