By Elizabeth A. SelmoPublished On: November 2, 2017

“Whenever you see a successful business, someone once made a courageous decision.”  — Peter F. Drucker

In some divorces, the business owned by one of the parties is the most valuable asset in the financial picture of the family.  But regardless of monetary value, a business represents the “blood, toil, tears and sweat” that the owner has put into it, often over a long period of time.  Thus, the owner likely becomes personally attached to and invested in the business, and the idea of dividing it in a divorce is a painful one.

In Britt’s case, she had opened her business — a bar and restaurant — prior to her marriage to Sam.  However, Sam had worked long hours as a bartender throughout the marriage, and was quite a presence behind the bar.  His position was that his skill in “chatting up” the patrons had significantly increased the revenue of the business.  However, the business had not yet begun to show a significant profit, just barely coming out in the black each year.  In addition, at Sam’s request, Britt had provided Sam with business cards which showed him as a co-owner of the business.  Sam’s position was that, although Britt began the business prior to the marriage, she subsequently made him a co-owner.

Britt’s case illustrates some of the factors which are relevant to determining whether a business is a marital asset, as well as its value.

Timing: When was the business started or acquired?  When did other key events occur, such as any change in the form of the business, i.e., from a sole proprietorship to a partnership?

Documentation:  Who is listed as the owner on such documents as purchase agreements, leases, loans, and insurance policies?

Profitability: How profitable has the business been?  Has it generated net income so that the owner has amassed wealth?

Type of Business:  Does the business provide “personal services” such as a dental practice or an accounting firm where the personal goodwill of the owner may be a significant, non-marital component of the value?

Residence of the Parties: Where do the parties reside and in what jurisdiction will they be divorced?  In the District of Columbia and Maryland, the court has the authority in a divorce action, under certain circumstances, to convey ownership of property to a party, even if that party is not on the title.  In Virginia, the court can only order the transfer of property that is jointly titled.  However, in any of the three local jurisdictions, as long as the court finds that the business is a marital asset, it can assign a value to the business and make a monetary award to the non-owning spouse in order to compensate him or her for their marital interest.

The divorcing business owner may ultimately need a valuation expert to render an opinion as to the value of the business (and, if necessary, what the other party’s share is worth), but first, an experienced divorce attorney will be able to work with the client to analyze the relevant factors, and assess whether the business is marital property at all. 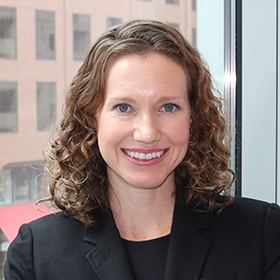