The Ashley Madison Fallout: Tips on How to Proceed if Your Spouse Has Been Unfaithful 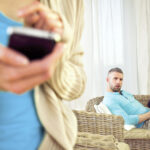 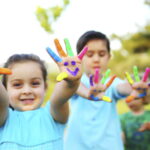 While divorce changes the dynamics of a family, it does not end the family. Research shows that parents are in the best position to enhance a… Read More

How Can I Get Divorced If My Spouse Has Significant Mental Health Issues? 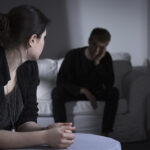 After years of turmoil and upset, Allison has finally made the decision that she needs to separate.  Her husband, Andrew, has been repeatedly… Read More

My Ex-Boyfriend Just Sued Me For Divorce. What Do I Do? Imagine that after a long—or short—romantic relationship, you and your boyfriend have decided to go your separate ways.  He has finally… Read More

Is There Light at the End of the Divorce Tunnel? For some clients, there is a very real fear that they will never actually be able to get through the divorce process successfully. This article is… Read More

Are Clients Who Choose the Collaborative Divorce Process Satisfied? I remember the palpable sense of helplessness and fear when I realized that I was heading down the road to divorce.  Confused, bitter and… Read More

Your Fiancé Just Presented You with a Prenuptial Agreement – What Should You Do? Your wedding is fast approaching and you are busy planning the big day, when your fiancé suddenly announces that his family expects… Read More

Sarah’s situation was somewhat typical.  She had just discovered that her husband was having an affair with a co-worker.  She had two… Read More

How do alimony and child support differ when it comes to taxes? 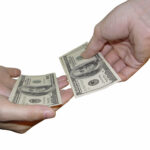 How Do I Decide If the Collaborative Process is Right for Me? 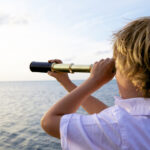 No one goes into a divorce in a vacuum.  Each divorcing partner brings their own history, priorities and values into the divorce… Read More

Getting Divorced? Being Aware of Tax Issues Could Save You Next April 15th If you are going through a divorce, it is critical for you and the professionals working with you to keep an eye on tax issues that could save or,… Read More 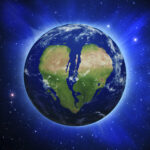 If you are a foreign national and married to a World Bank employee, the thought of getting divorced in an unfamiliar country and culture may feel… Read More

If I Have No Funds In My Name, How Do I Pay For My Divorce? Sometimes, a person who is unhappy in their marriage feels trapped because they don’t have the money to pay for a lawyer.  Here are several… Read More

Dividing (Not Destroying) Assets in a Divorce 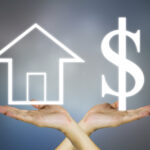 For most people, getting divorced is a time of fear, anxiety and uncertainty.  And a lot of these rough feelings have to do with concern about… Read More If you are the less financially-sophisticated spouse, then the matter of whether to file a joint tax return when you are in the middle of a… Read More

My Spouse’s Behavior Has Changed Recently – What Should I Do? Marriage is a tricky business.  The partners’ ways of relating to and interacting with each other are unique within each marriage, and all… Read More

5 Steps to a Better Divorce Outcome Every person who is getting a divorce wants a good outcome.  But sometimes you are your own worst enemy.  Here are five steps you can take to… Read More

I Just Received an Inheritance – How Does That Affect My Divorce? If you are in the middle of a divorce or thinking about a divorce, you may have a question about whether you will have to share an inheritance… Read More