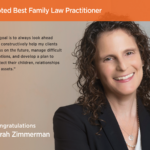 Health Law Group Highlighted by the Bureau of National Affairs

FTLF Health Law attorneys were highlighted by the Bureau of National Affairs for their role in the decision of Cmty. Health Case Ass’n… Read More 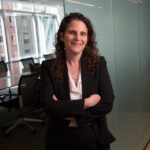 Sarah Zimmerman, a partner in the Family Law practice of FTLF, has been given honorable mention recognition… Read More

Feldesman Tucker Leifer Fidell LLP is proud to announce that Jacki Leifer has been acknowledged as a 2013 Top Rated Lawyer in Healthcare. Ms.… Read More

Molly clerked for the… Read More

FTLF’s Marna S. Tucker is the 2013 recipient of the National Conference of Bar Presidents (NCBP) Fellows Award. She is to receive the NCBP… Read More

The D.C. Bar Board of Governors has appointed Family Law Partner Marina Barannik

It is our privilege to announce that Feldesman Tucker Leifer Fidell LLP has received a Tier 1 ranking in the 2013 Edition of U.S. News –… Read More