An attorney for more than 25 years, as well as a TV and radio news commentator, university professor, and public servant in both the executive and legislative branches of Puerto Rico’s government, Mr. Escoriaza taps into each of these unique experiences to deliver exceptional service to his clients.

Prior to joining Feldesman Tucker Leifer Fidell, Mr. Escoriaza ran his practice from San Juan for more than ten years. His practice spanned corporate, business and contract law, and included contested matters and appeals before Puerto Rico and federal courts, while his public policy and government affairs specialization included serving as Executive Director of the Senate Committee on Government Affairs, responsible for reviewing all major legislation pending before the Senate, as well as consulting contracts with the Office of the Governor of Puerto Rico and the Puerto Rico Public Broadcasting Service.

Mr. Escoriaza is a familiar face to many in the Spanish-speaking world, providing legal and world news analysis for numerous Univision and Telemundo (NBCUniversal) broadcasts, as well as having served as weekly world events analyst for Noticentro America evening news. In Puerto Rico, he appeared regularly on radio broadcasts as well as Univision’s nightly prime time television show,“Los Seis de la Tarde.”

A resident of Washington, DC since January 2018, Mr. Escoriaza enjoys exploring the city and spending time with his family, who share his passion for health, communications, learning and the arts. His wife is a journalist with a focus on multimedia public health education, and their daughter is in medical school. 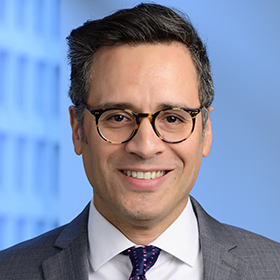 All Articles by Phillip A. Escoriaza

“HUD would have to explain which is their legal authority to stop the release of those funds,” said yesterday Phillip Escoriaza, of the Washington, D.C.-based firm Feldesman Tucker Leifer Fidell, which, among other legal services, specializes in the federal grants world.

Immigration Limitations Based on Healthcare Set to Go into Effect Sunday, November 1, 2019, by Meredith Lawrence

“It’s a bit difficult to understand how they intend to implement it,” said Phillip Escoriaza. That’s because the rule is somewhat vague, and since the administration has not offered a lot of information about how it will be enforced, it will likely be applied unevenly. For instance, the executive order states that immigrants seeking to enter the country must show the ability to pay for “reasonably foreseeable medical costs.”

Individual immigration officers at border checkpoints will have to make the call on who has met the requirement. It’s hard to imagine that will be a fair process that treats everyone equally, Escoriaza said. “What’s reasonable to me may not be reasonable to you,” he said. “Where do you draw the line?”

Phillip A. Escoriaza of Feldesman Tucker Leifer Fidell LLP, an attorney for the public health deans who were allowed to join one of the suits, said he wouldn’t read into Judge Hamilton’s decision not to accept all of the proposed amicis given the amount of paperwork in the cases. “I’m sure the court is coming into this issue with an open mind,” he said. “We’ll see what happens after Oct. 2.”