Will an Open Marriage Affect Your Divorce?

“Open marriages,” a consensual non-monogamous arrangement between spouses, are growing in popularity.  Roughly 4-5% of the U.S. population identify as having an open marriage. This equates to about 28 million people or 1 in 25 couples.  Given how common this lifestyle agreement between spouses is today, it is popping up more and more in divorces as well.  This lifestyle can be successful for many couples, but like in any marriage, issues can arise.

For a married couple considering this arrangement or already practicing consensual non-monogamy, there are potential legal implications to consider, including some that are specific to where you live. For instance, in the Washington, D.C. metropolitan area, some local jurisdictions recognize fault-based divorce, some recognize common law marriage, and the potential legal implications of an open marriage differ between Virginia, Maryland and D.C.  For example:

While spouses often have some type of understanding of the boundaries of their open marriage, it can be easy to focus on the emotional and social aspects without much thought to possible legal implications if divorce should occur in the future.

Taking the example of James and Robert above, it is possible that James runs the risk of a D.C. court finding that he committed marital waste or dissipation for spending significant marital funds for a non-marital purpose without Robert’s consent. In a divorce, a Judge could consider marital waste in making a disproportionate division of the marital assets. Agreeing on how and if your marital money can be spent toward relationships outside of the marriage is an important consideration to help protect against future claims of marital waste or dissipation.

If Cynthia wants to file for divorce against Peter, who is a stay-at-home dad, one potential consequence of adultery in Virginia is that in certain circumstances it can be a complete bar to spousal support.  In this circumstance, it is possible that a Court could find that Peter has waived his right to spousal support even if he and Cynthia agreed that he would stop working. Moreover, in Virginia, adultery is still technically a crime, and a court may decline to recognize this agreement as an enforceable private contract. While there are defenses to a claim of adultery if both spouses engaged in the behavior, if the claim of adultery is raised at all, it may necessitate sensitive details about your open relationship to be revealed to a court.

Both couples in these examples would be well served by consulting an experienced family law attorney to prepare a written postnuptial and/or other agreements regarding, for example, agreeing on how and if your marital money can be spent toward relationships outside of the marriage and what, if anything, would be considered and defined as “adultery” in their relationship.

Consensual non-monogamy will certainly present new legal issues for divorce practitioners in the coming years as it becomes more commonplace.  As with every marriage, all open marriages are unique and present different legal considerations. If you are or were in an open marriage and are considering a divorce, you should consult family law counsel about your specific circumstances and goals. 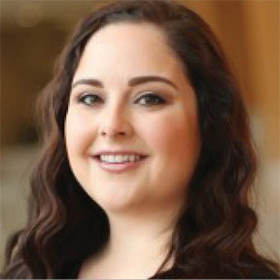